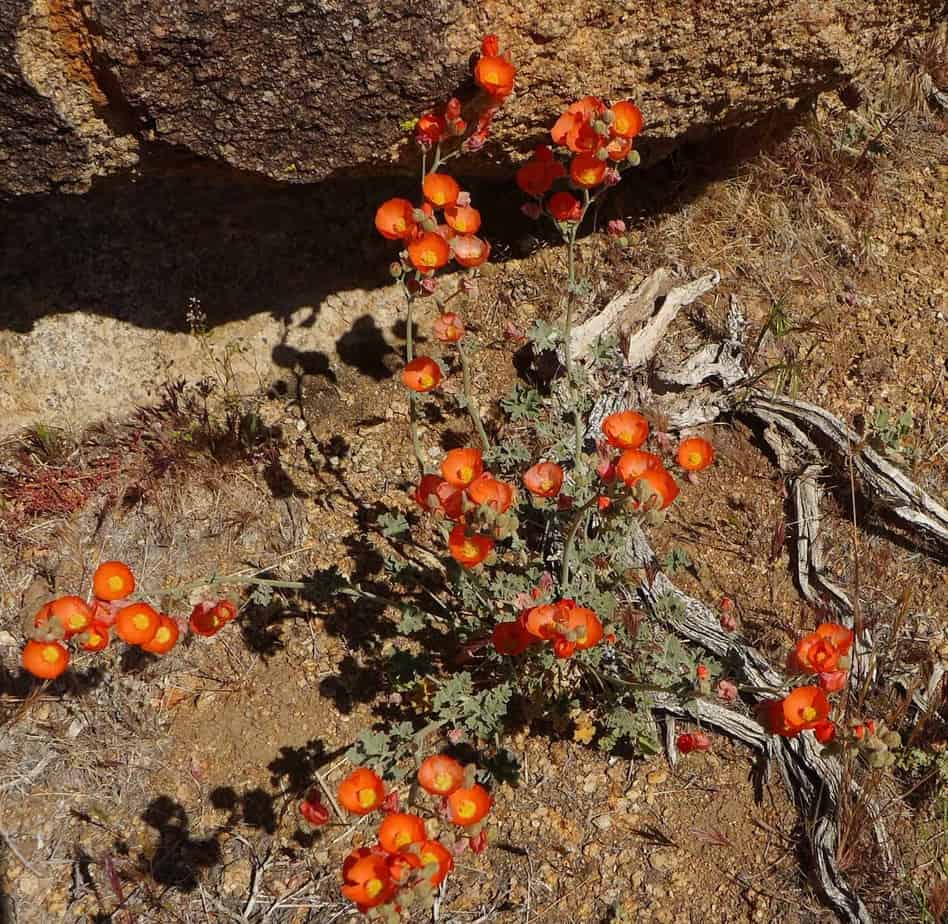 The well-drained granitic soils surrounding the pantheonlike rock outcrops support a mix of Great Basin and Mojave species. Mojave asters (Xhylorhiza tortifolia var. tortifolia) grace the southern entrance to the Alabama Hills, adding a lavender contrast to the subtle green of the common allscale (Atriplex polycarpa) and yellow mounds of bush sunflower (Encelia actoni). Tucked on ledges and on steeper slopes is the signature species for the Alabama Hills: the scarlet milkvetch (Astragalus coccineus). A member of the pea family with a low-growing habit and large, bright-red flowers, it awakens the hills in early spring.

Verdant passages of desert olive (Forestiera pubescens), yellow willow (Salix lutea), and common reed (Phragmites australis) are found throughout the Alabama Hills. Seeps and springs are also common and are home to rare plants such as the Inyo County star tulip (Calochortus excavatus) and Owens Valley checkerbloom (Sidalcea covillei). These oases are important for neotropical birds that pass through the Owens Valley, and they provide an important source of water, food, and shelter for a variety of desert denizens.

In some years, the Alabama Hills showcase powder-blue swaths of the wild hyacinth (Dichelostemma capitatum ssp. capitatum). This geophyte (a plant that has distinct bulbs or tubers) was one of the most coveted plant foods of Owens Valley Indians. Some of the starchy bulbs were steam-roasted, while others were dried for later use. There is also evidence of historic cultivation of this species. “Taboose” is the Paiute name for wild hyacinth.

Sorry, the comment form is closed at this time. 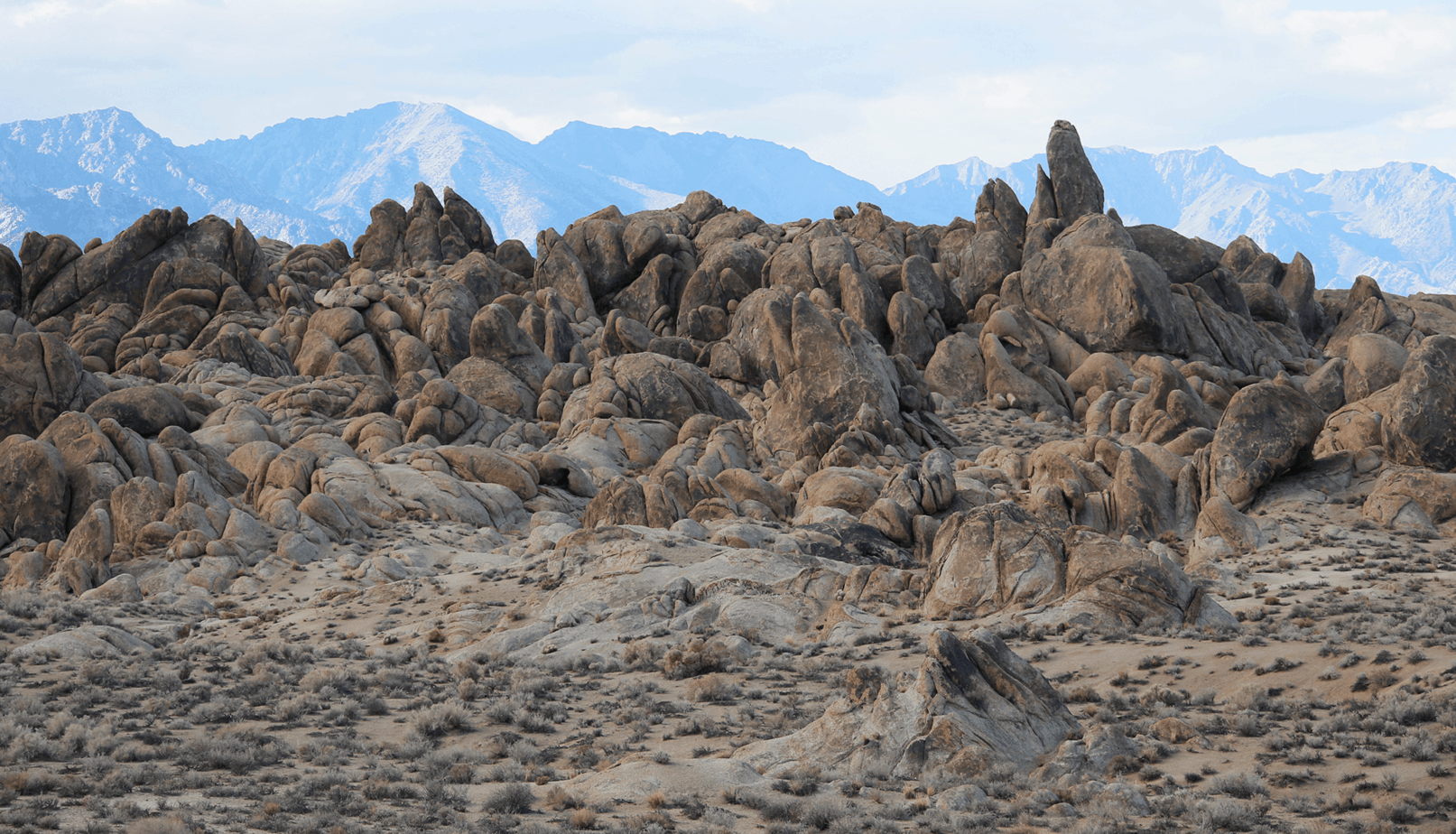 We Need Your Input! 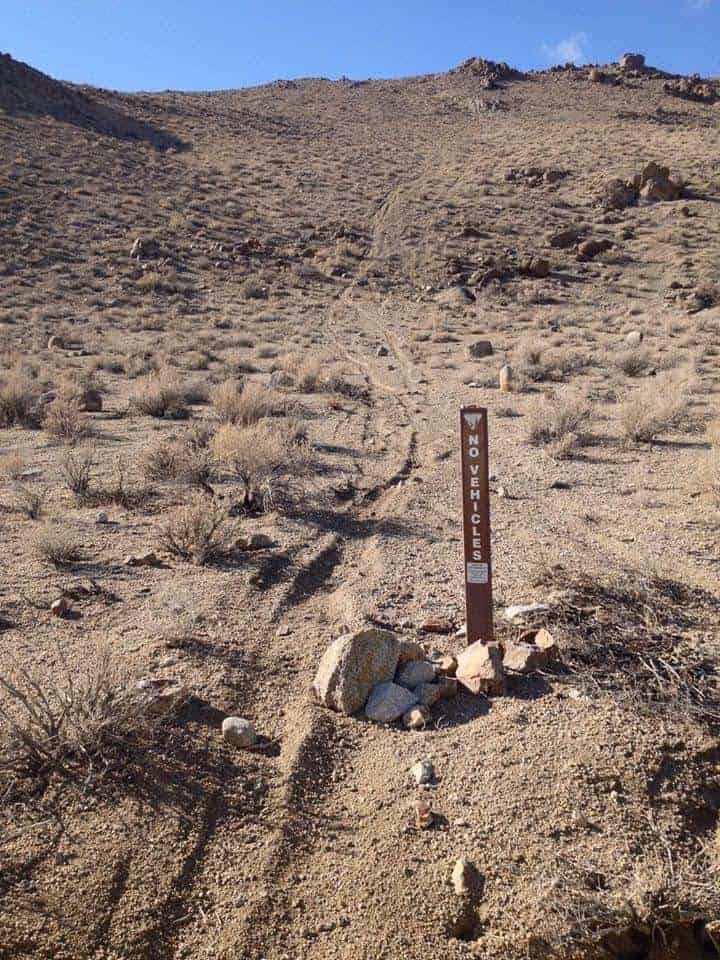