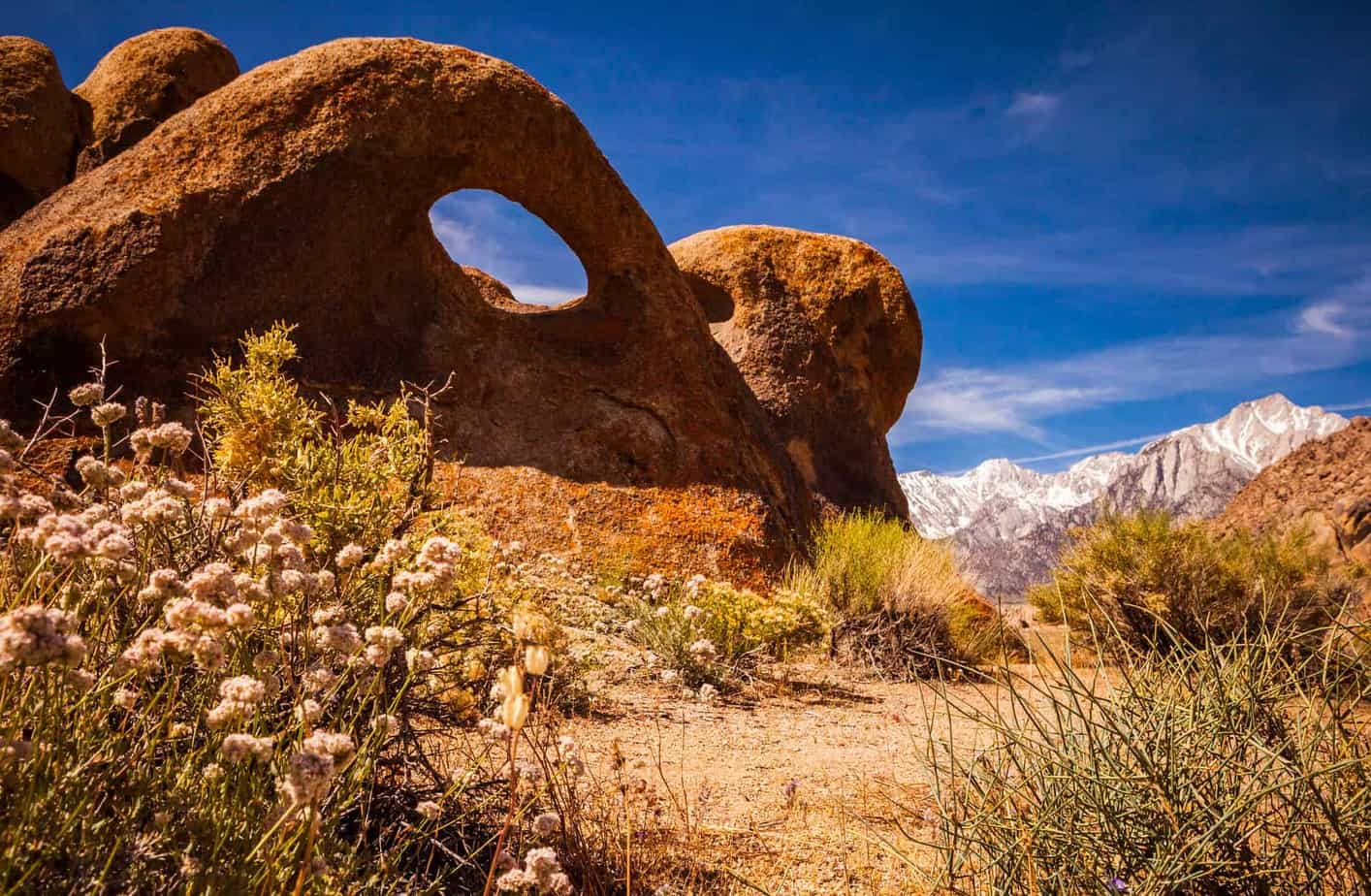 The valley location of the Alabama Hills provides a stark contrast to the towering mountains that reach above it, including Mount Whitney. Surprisingly, the jagged granite peaks of the Sierra Nevada and the rounded granite hills of the Alabama Hills are relatively the same age (about 80-90 million years old). Additionally, both geologic features were shaped by the same uplifting processes starting about 40 million years ago. Different types of weathering are the main factor causing the difference in appearance between the rounded Alabama Hills granite and the jagged Sierra Nevada granite. Physical weathering dominates breaking down the granite of the Sierra Nevada through glacial activity coupled with freeze and thaw cycles. In contrast, the Alabama Hills granite experiences more chemical weathering from acidic water attacking the minerals, particularly the feldspar, causing the rock to break down and form rounded boulders.

Of all the whimsical rock features that make up the Alabama Hills, the granite arches are the most visited spectacle. Mobius arch is just one of hundreds of arches that can be found in the hills. Arches form most commonly in sandstone or other sedimentary rocks. The formation of granitic arches is still largely debated and researched. Geologists hypothesize that the forces of water, gravity, and temperature variations largely play a role in arch formation in the Alabama Hills. Water can easily pool or condense in the hollowed-out features where it cyclically freezes and thaws, slowly causing the rock to break down, or weather. Gravity assists the weathered material to be transported or eroded away. In the Alabama Hills, the variation of air temperature can be extreme at times. Studies show that chemical weathering proceeds faster in areas that have larger temperature variations. All these factors contribute to the formation of incised hollows or caverns in the granite. These features are called tafone (plural: tafoni) in the Alabama Hills. Now given enough time, these tafoni are thought to form the infamous arches in the Alabama Hills. Once an arch is formed, how does it not collapse? That is where gravity comes in again. The top of the arch undergoes compressional strengthening to counteract gravity. Overtime this compressional strengthening prolongs the lifespan of the arch, preserving it for generations to enjoy its whimsical beauty.

Sorry, the comment form is closed at this time. 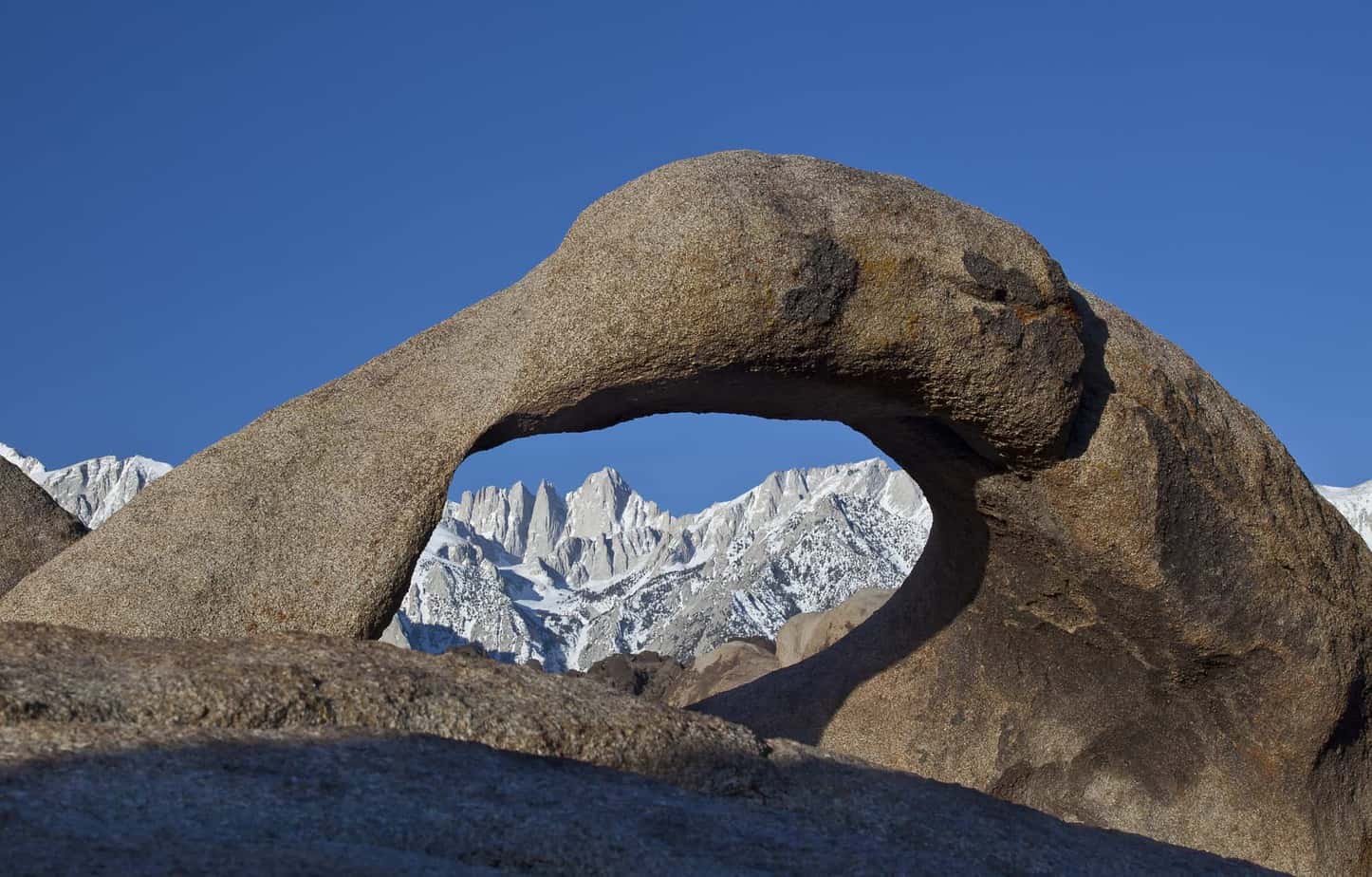 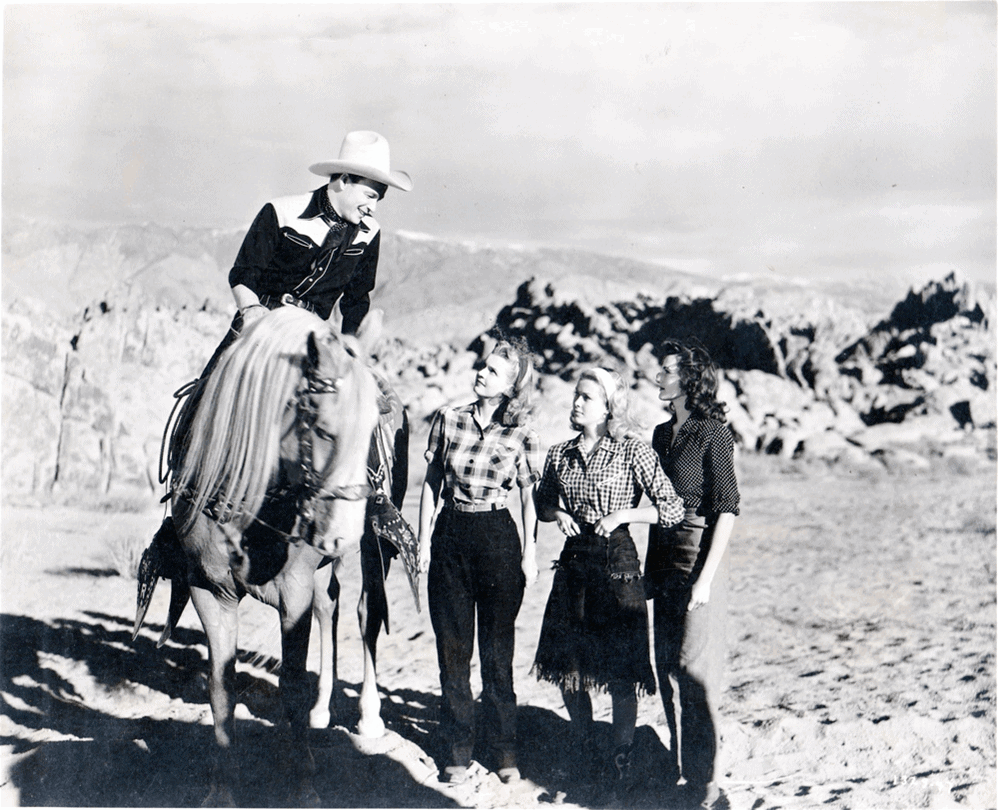